Focus on Fracking: What's the Impact on Water?

Home Blog FOCUS ON FRACKING: WHAT’S THE IMPACT ON WATER?

Water is a key component of hydraulic fracturing, also known as fracking. Managing water starts with sourcing water needed for drilling and completions (including fracking) and ends with produced water recycling or disposal.

At ConocoPhillips, we work to conserve and protect fresh water resources (both groundwater and surface water) during all stages of a hydraulic fracturing project life cycle.

FYI: We have conducted pilot projects that use non-freshwater sources (such as municipal wastewater) to hydraulically fracture wells.

FYI: Since 2010, at least 25 independent studies have shown that groundwater quality is not impacted by hydraulic fracturing, including the U.S. Environmental Protection Agency’s 2016 $29 million, six-year study of fracking’s effect on groundwater sources. In fact, studies that have examined groundwater pollution have specifically ruled out fracking as the cause.

FYI: We have recycled 42 million gallons of water in produced water reuse pilots in the Eagle Ford, Bakken, Montney and Delaware Basin.

THE FRACKING AND WATER LIFE CYCLE: 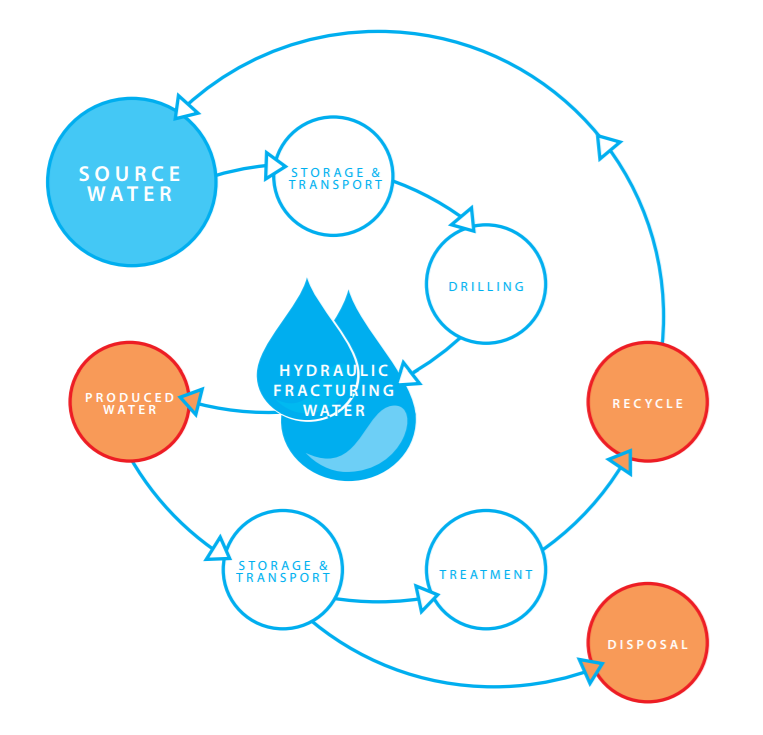