Have you ever wondered how the world would look without fossil fuels? While it may be tough to visualize, Go Compare has created a few maps to give you a clearer picture. The series of maps shows how the earth would look if fossil fuel energy, nuclear and/or renewable power sources were turned off, one by one.

Fossil fuels currently represent 81% of primary energy consumption, and are projected to be 60-79% in 2040, according to International Energy Agency (IEA) scenarios. Both the IEA and IHS have studied the likely volumes and energy mix in 2040. They concluded that renewable sources are likely to grow as technologies develop and governments continue to take action reduce greenhouse gas emissions. While fossil fuel use may decline as a percentage, total energy use grows, and fossil fuels will still supply more than half of the world’s energy in 2040. 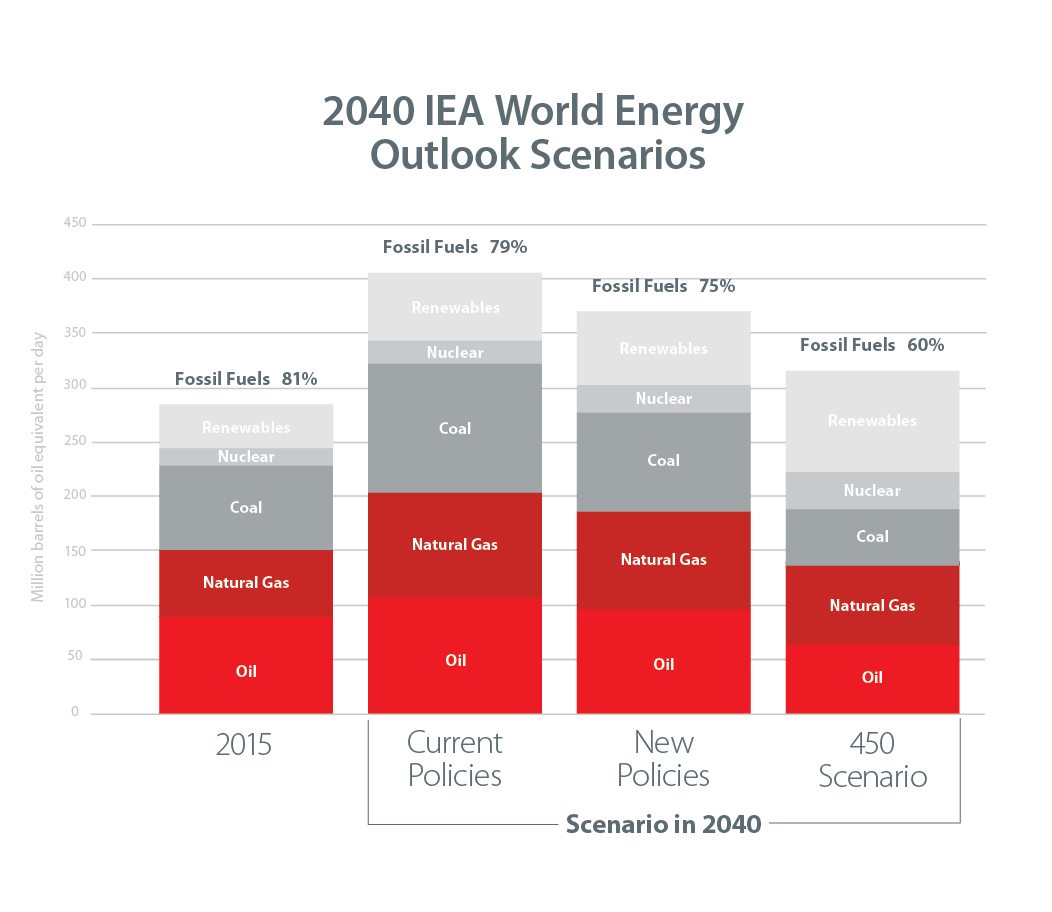 A world of seven billion people today – growing to nearly nine billion by 2040 – will need all energy sources. As the use of renewable energy sources increases, fossil fuels will continue to play an important role to meet the growing global energy demand.